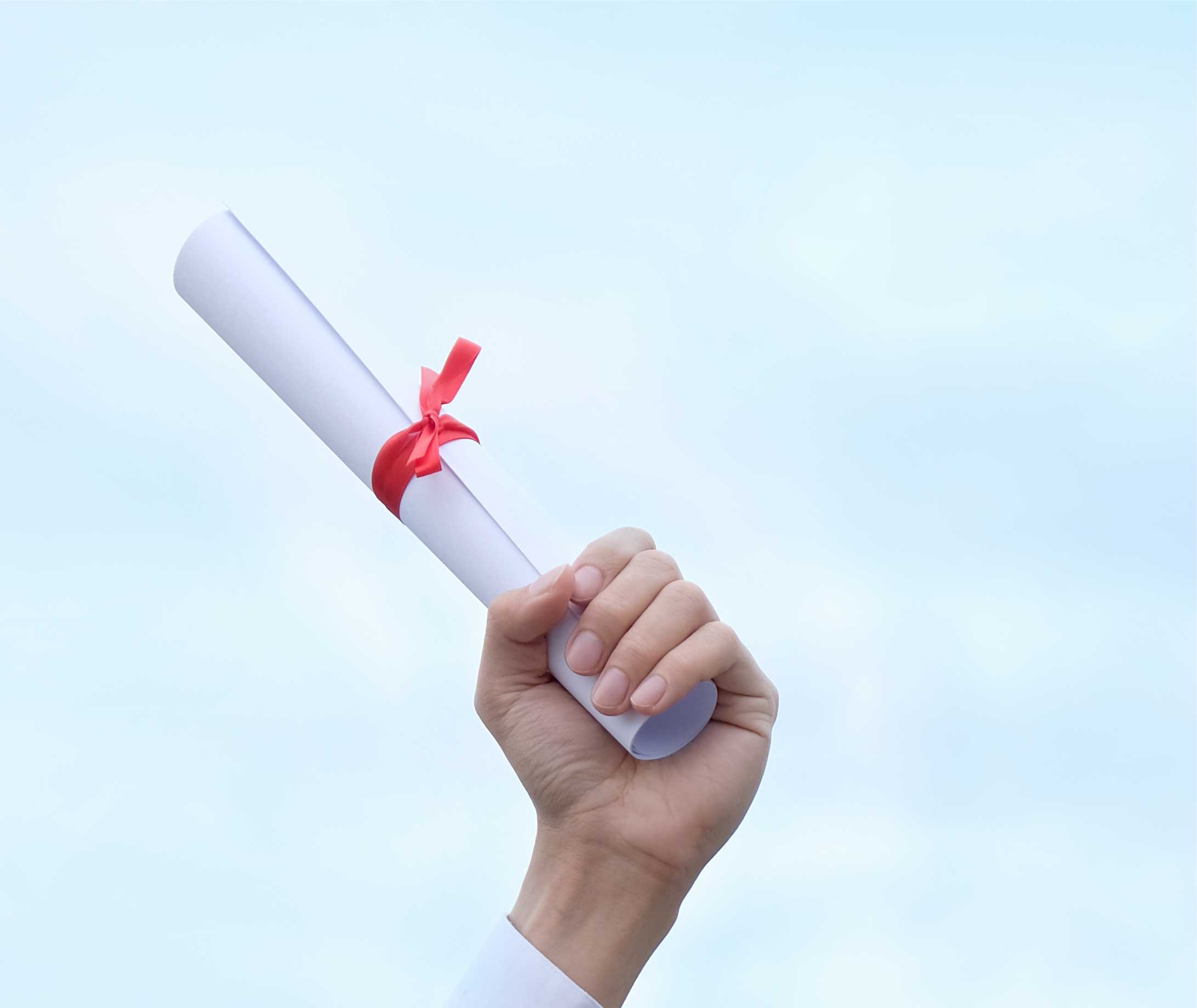 Setting students up for success

The world around us is changing and the students of today have the challenge of preparing themselves for unknown careers in an unknown future. It is said that 65% of jobs that will exist in 2030 haven’t been invented yet. So as we look to the future what are the opportunities available for students today and how do we set students up for success in these changing times? 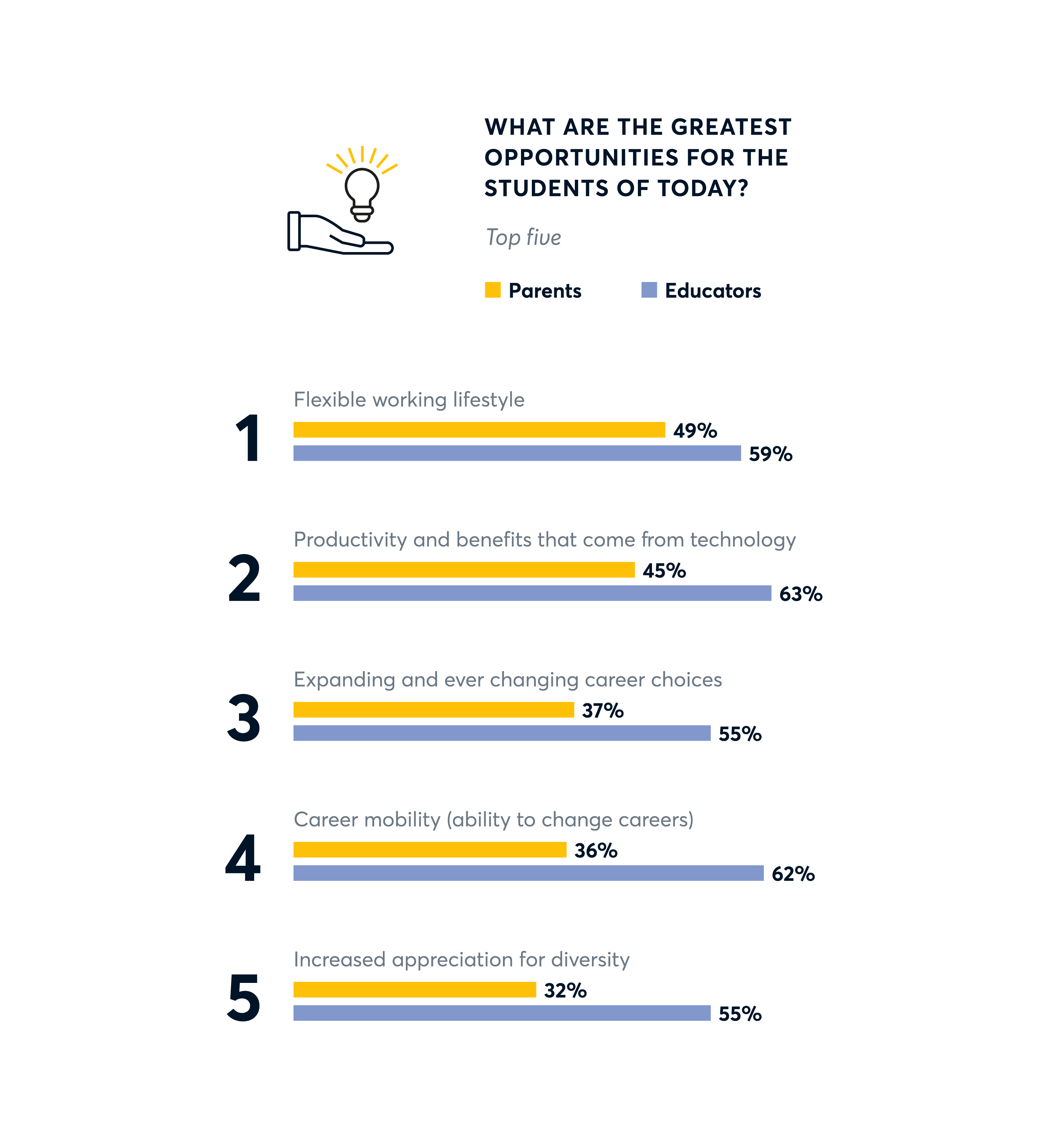 What is more important for success?

When it comes to preparing the students of today for an unknown future, it is a combination of both skills and character qualities they will need to thrive. As robotics and automation replace some jobs, new ones will be created where both technical skills and character qualities will be required. This is important for equipping the students of today for lifelong learning, multiple careers and an adaptive future.

The importance of digital literacy and success

Skills of the future

In five years’ time, parents believe it will be most important (extremely/very) for students to be digitally literate in the areas of coding (53%), artificial intelligence (51%) and robotics (47%). Educators are consistent with this, however, instead of robotics they place a higher priority on video production, editing and animation (51%). 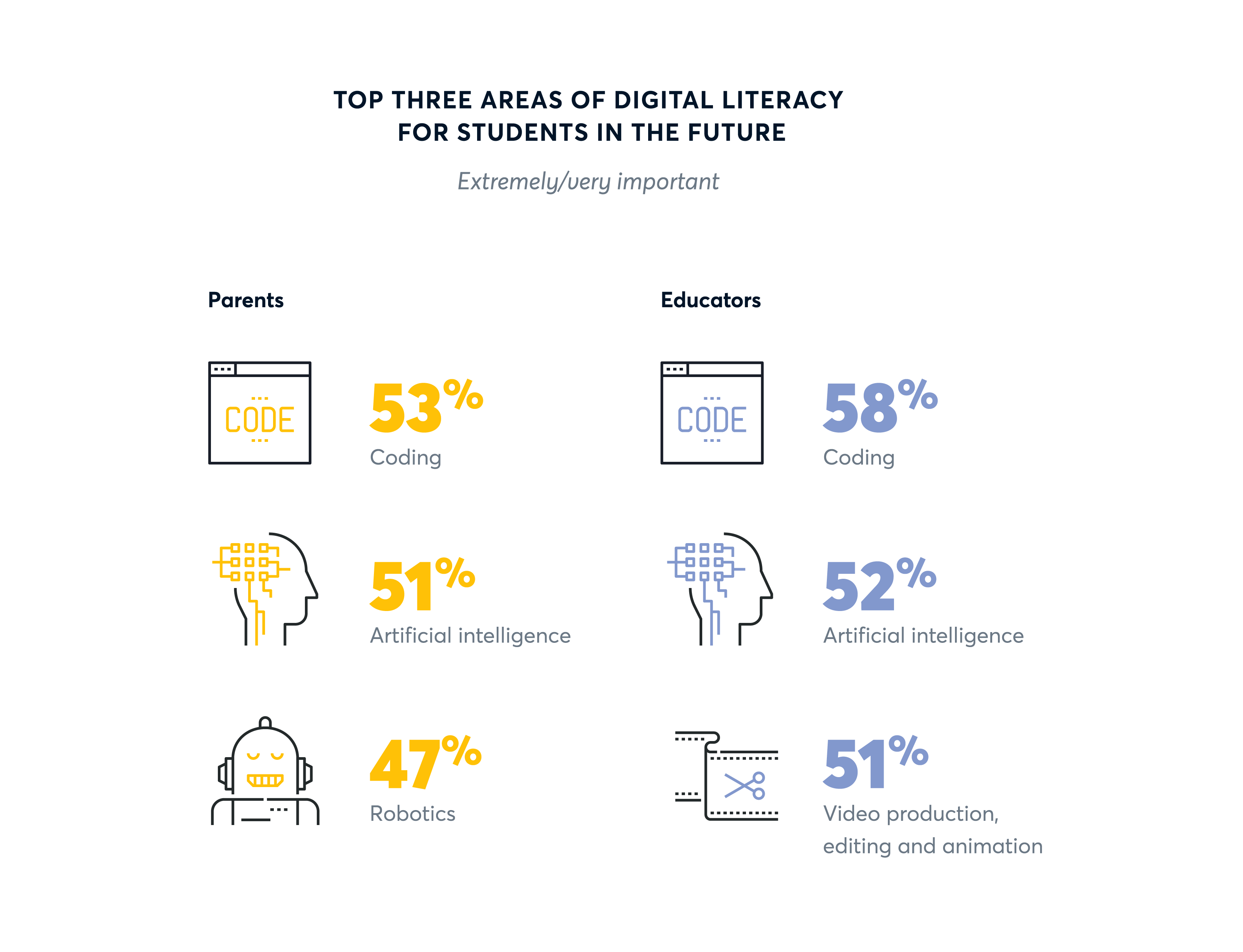 The rise of automation and technology integration is important to consider when preparing students for success. Technological integration, however, is only one aspect of our future. It is the combination of both engaging with AI and new technological developments alongside the character development and interpersonal skills that sets students up for success. Its not so much a focus on what to learn but on how to learn that allows students to adapt to the changing environment.

Sophie Renton info@mccrindle.com.au
Have no product in the cart!
0